How sequin jackets ended up adding sparkle to our looks

The story of sequin jackets is multi-faceted, wild and a dip in the glory of excess.

Centuries ago, between 1480-1482, Leonardo Da Vinci sketched plans for a machine that would use levers and pulleys to be able to pin gold leaf onto small, thin metal discs. Since the device was never manufactured, it is doubtful whether the Renaissance man dreamed of adorning the Camorra (a style of Italian dress in the 15th and 16th centuries) or whether his design had some greater utilitarian purpose.

In 1922, archaeologists discovered in the tomb of the Egyptian pharaoh Tutankhamen, shiny clothes decorated with tiny disks of pure gold. The remains proved that the Egyptians had used an early form of sequins to enliven their monarch’s clothing. For centuries various variations of the name were used in Europe and the Middle East. The word sequin comes from the Arabic word “Sikka” which means coin and in the 13th century, it got the name “zecchino”, from the gold Venetian coins of the time. In England, it was called spangle, until the end of the 16th century. morphed into today’s French word sequin. If we render the word in Greek, it is what we call “foils” or “sequins”. 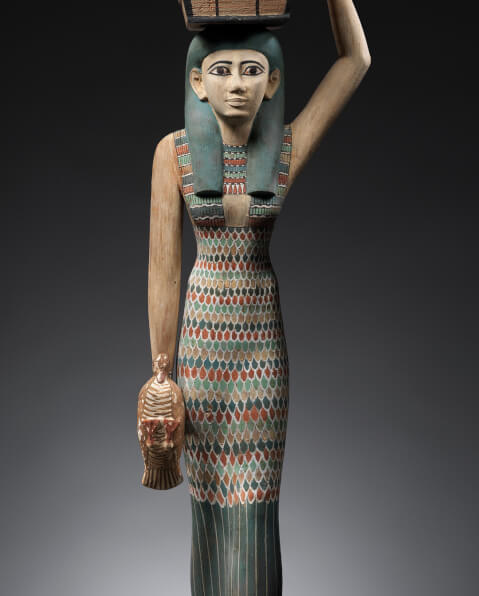 Sewing coins and other precious metals into clothing was not just preparation for the afterlife. It functioned as a symbol of status and social position (also during the Renaissance), as a repellent of evil spirits in Egypt, India, and Peru, as a mobile piggy bank that facilitated transactions, and as a protective mechanism against eventual theft, especially for the Nomads. Until the 17th century, this tradition had taken on a purely decorative function in clothing and accessories.

Since the discovery of the tomb in 1922, fashion has followed the trend towards the “exotic Orient”, with Egyptian motifs infiltrating the worlds of fashion, decoration, film, and Art Deco designers popularizing sequins.

The costume designer of the Russian ballets created sensual designs, weaving Indian embroidery with ancient Greek lines and painting sequins on his creations. The famous costume for Anna Pavlova in “Swan Lake” was made of sequins and goose feathers.

Of course, it has been recorded that in South America in the 14th century, the fighting equipment of the leaders was decorated with gold sequins, to make impressive maneuvers by sparkling and turning the battlefield into a great source of light. 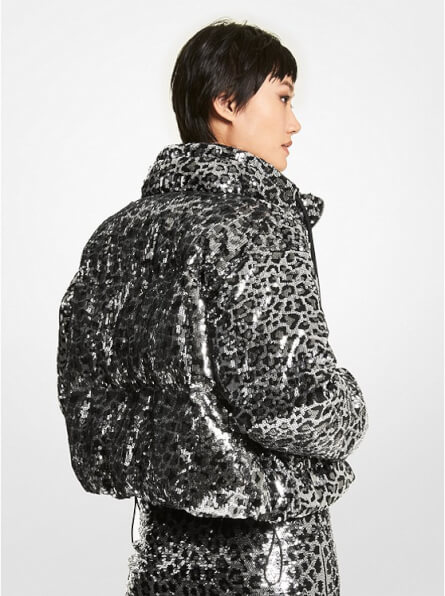 The big comeback was made with the impressive sequin dress, designed by Coco Chanel, and worn by the actress Alden Gay. The way the sequin could manipulate light became the trademark of Flappers. Women of the 1920s could dance, vote, drive, smoke, wear debauchery and intellect on their very bodies and they needed clothes to prove it. They wore heavy sequined dresses, giving them the appearance of a moving pillar of light and the reason for their adoption by circus dancers, figure skaters, and strippers.

After the 1930s manufacturers developed a process to create lightweight sequins, using gelatin colored with lead paint. However, body heat and contact with water immediately led to their dissolution. Thus during WWII European gelatin sequin production ceased, while customers and designers experimented with various techniques to develop its durable form. Herbert Lieberman collaborated with the Eastman Kodak Company and created sequins from cellulose acetate without bringing the desired effect. In 1952, DuPont invented the game-changing Mylar material. Algy Trimmings Co. owned by Lieberman adopted the transparent polyester film, surrounded it with colored plastic, and spared the sequin from the washing machine. And as time went on mylar was replaced by the more durable and cost-effective vinyl, just in time for the heyday of glam rock.

Biba, the famous boutique in London that started a fast fashion, dressed everyone from Twiggy to Mick Jagger in sequins in the 70s. Accordingly, Kansai Yamamoto collaborated with David Bowie on his tour as Ziggy Stardust, sewing sequins into his costumes, which also dominated the Studio 54 dance floor and in the ’80s became a symbol of ostentatious consumption.

The moment when Michael Jackson, in the evening of 1983, performed Billie Jean, wearing a black sequin jacket in front of 47 million viewers, remains emblematic.

Photos of Ronaldo’s Georgina before plastic surgery have surfaced

From jeans on the red carpet to “aggressive Amazonian sexuality”

Sijart – We will vote against Kosovo’s membership in European bodies

Who would sooner forgive infidelity – women or men?

The Islandsbanki may have broken the law

At a value of $8.4 billion, Egypt’s natural gas exports hit a record

Hollywood Stars Who Haven’t Changed at All in 10 Years