Kalin on the export of grain from Ukraine – The...

Lavrov spoke to Blinken – The war will end faster...

Meet Shahid Uddin Khan, a TERROR funder with links to an Afghani drugs cartel sending drugs to the West as part of a ‘narcotic jihad’ plot is hiding in the UK. According to media reports and information obtained from INTERPOL, Khan, an ex-military officer from Bangladesh, is facing several criminal charges and convictions for his involvement in terror finance, money laundering, dealing in weapons, drugs, and counterfeit currency.

Intelligence sources speaking on a condition of anonymity told Politicalite earlier this month that Khan invested £12 million in the United Kingdom and claimed British authorities “didn’t even ask how the money was brought into that country.”

“This is because the man is patronizing and funding the British politicians and political parties.”

“The most alarming fact is, this ex-military officer is using British soil in continuing his activities as a funder of Islamic State and other militancy groups.” added the source.

A report published in the Sunday Times, titled ‘Tory donor charged with arms dealing and funding terrorism’ by its correspondent Tom Harper, an ex-colonel of Bangladesh Army immigrated to the UK along with his family in 2009 with luggage filled with dirty money.

“This man also is a business associate of Dawood Ibrahim’s D-Company, where he has invested millions of dollars.” added the source.

According to Asian Tribune, he has been operating businesses in Dubai under the patronization of Pakistani intelligence agency ISI.

Khan is reportedly involved in the 2019 Sri Lanka terror attacks.

“There are concerns that this man may plot terror attacks in India too as he has links with Dawood Ibrahim and Pakistani spy agency ISI.” added the source.

In the report, The Sunday Times states “Khan, who lives in Wimbledon, southwest London, with his family after buying a multimillion-pound “golden visa” to the UK in 2009, has donated £20,000 to the constituency party of his MP Stephen Hammond, a health minister.”

Fugitive terror-funder Shahid Uddin Khan has been on run for years escaping numerous criminal charges and convictions. He is wanted by Interpol for crimes including funding jihadi groups such as Daesh or Islamic State (ISIS), while he also is accused of laundering millions of dollars, dealing in weapons and explosives, and counterfeit Indian currency and narcotics. According to international media reports, Khan is an accomplice of dangerous terrorist Dawood Ibrahim and a member of his D Company gang. Despite his involvement in serious crimes, Shahid Uddin Khan is being sheltered by the British authorities as he invested at least $18 million under the so-called Golden Visa project. 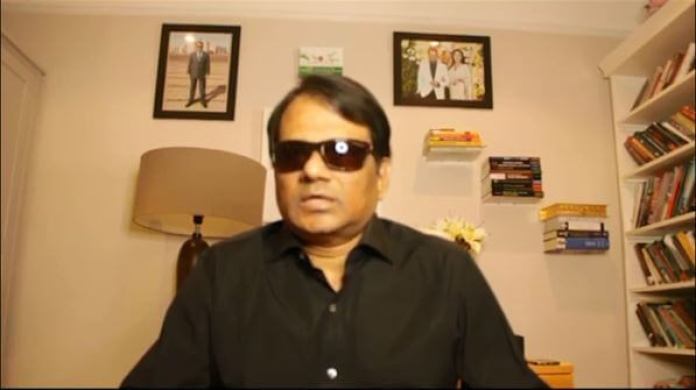 International media reports said, with the evil agenda of spreading terrorist activities throughout Bangladesh, fugitive terrorist Shahid Uddin Khan, who is on Interpol’s RED NOTICE and facing convictions in a number of cases, including terror financing, money laundering, dealing in weapons and counterfeit currency has been forming one-after-another sleeper cells in the country. While for the last few days, Shahid Uddin Khan has been posting videos of illegal rallies organized by the members of his sleeper cells in different parts of Bangladesh, law enforcement agencies are yet to nab any of these culprits.

Sitting in London, Shahid Uddin Khan has also been inciting a communal riot in Bangladesh and has been offering cash rewards for attack and destruction of Hindu temples as well as Hindu properties in the country. He may have hands behind the Noakhali district where despite a strong vigil by law enforcers for ensuring peaceful Durga Puja celebrations, zealots beat and stabbed a man to death at a temple in Noakhali as idols, temples, and businesses of the Hindu community came under attack in a few districts in December last year.

According to immigration records, Shahid Uddin Khan and his family members are regularly visiting the United Arab Emirates. British intelligence agencies never wanted to know the reason behind this family’s visit to the UAE.

Documents available with various intelligence agencies show Shahid Uddin Khan hails from a radical Muslim family in Bangladesh while his wife Farjana Anjum too hails from the similar family background.

Britain is planning to abolish its golden visa program, which gives foreign nationals a path to residency if they invest at least US$2.7 million. Meanwhile, according to an official at the Home Office, authorities in London may revoke visa issued to Shahid Uddin Khan, a notorious terror-funder, drug and arms dealer, and fugitive convicted criminal, who is wanted by Interpol for years.

As of the end of March 2020, the UK government issued 2,581 visas to Russian citizens under the program since its launch in 2008. A report commissioned on the program by lawmakers in 2020 concluded that “the UK welcomed Russian money, and few questions — if any — were asked about the provenance of this considerable wealth.” 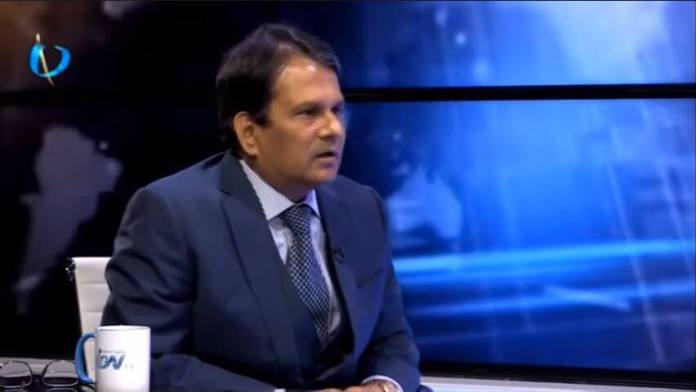 Although the United Kingdom may now abolish its controversial golden visa program, by now hundreds of corrupt individuals, terrorists, militancy-funders, drug and arms dealers, and Interpol wanted fugitives have succeeded in taking advantage of golden visas.

Transparency International, which has highlighted the widespread fraud and corruption in investment-visa programs for years, said simply ending the programs is not enough. The group has called on governments to also consider revoking existing citizenships and visas from individuals’ governments deemed “suspicious” based on financial transactions and sources of funds.

“Over the last decade, corrupt public officials and business people bought up golden passports and visas, helping to conceal their assets and identities,” said Maira Martini, Transparency International’s expert on corrupt money flows. “Russians reportedly make up half of those who have acquired citizenship using this route. Scandals have shown that these opaque schemes are not about genuine investment or immigration.”

Efforts to shut down or limit the programs have faced stiff opposition from the law firms, investment companies, and government agencies that have benefitted. The business of selling visas and passports has exploded to over US$21 billion a year, according to Investment Migration Insider. It’s expected to grow to over US$100 billion in revenue by 2025, according to the publication.

Md. Shahid Uddin Khan and members of his family had smuggled-out millions of dollars from Bangladesh since 2009 and deposited them into various bank accounts in the United Arab Emirates. This family also has purchased immigrant status in Britain under Visa Tier 1, VAF Number 511702, and invested over £12 million, while the entire amount had been dirty money. They also established a company named Zumana Investment & Properties Limited, Incorporation certificate number 0741417, dated October 25, 2010. The registered office of this company is located at Unit 29 Eleanor Street, London, E3 4UR, United Kingdom.

On January 17, 2019, the Dhaka (Bangladesh) residence of this family was raided by the members of the Counter-Terrorism and Transnational Crime (CTTC) unit of Bangladesh Police. During this raid, a huge volume of arms, ammunition, detonators, explosives, counterfeit currency note, Islamic State propaganda materials, and recruitment tools. In the seized documents, CTTC also found evidence of the Khan family’s involvement in terror financing.

They said they have uncovered 54 bank accounts held by the donor, which provide evidence of money laundering and funding of terrorism.

the “Oko” ethno-film festival will be held online

Kylie Jenner is still on the throne, earning a staggering 540 million dollars

Mahira and Esed Ahmish: Every day proud in front of the whole world

He passed away at the age of only 18: Fame was too much for him