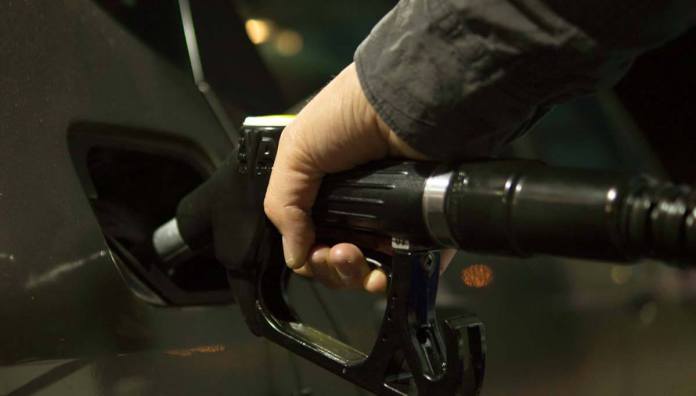 The oil majors posted huge profits in 2021, making the most of higher crude prices, drawing criticism from environmentalists and consumers directly affected by the energy crisis.

And the French “Total Energy” announced, on Thursday, that it achieved a massive net profit of $ 16 billion last year, the highest in at least 15 years.

This recovery was “highly anticipated” after a difficult year in 2020 due to the outbreak of the virus, said Francis Perran, associate researcher at the Policy Center for the New South in Rabat and director of research at the Institute for International and Strategic Relations in Paris. Covid-19 epidemic.

Beran explained that after the oil price fell to its lowest level in April 2020, with the price of Brent North Sea barrel reaching $18, it “returned and increased in terms of the annual average in 2021 compared to 2020, by 70 percent for Brent oil.”

In January, the price of a barrel recorded unprecedented levels in more than seven years, exceeding $90.

“Oil companies benefited from the intersection of exceptionally favorable conditions during 2021,” said Moaz Al-Ajmi of EY Consulting. Due to the rise in oil prices, the major companies proceeded to a process of “cleaning” their assets in order to keep only the most profitable ones.

Other factors behind the companies’ good performance, according to Al-Ajmi, are “the strengthening of the cost-cutting policy that started when prices fell in 2014,” in addition to “re-increasing the production of OPEC Plus”, the Organization of Petroleum Producing Countries and its allies outside of OPEC, albeit gradually, which led to pumping more of oil on the market.

Biran pointed out that oil groups have known from year to year a “complete turn”, such as the American ExxonMobil, which incurred losses amounting to $22.4 billion in 2020, before making profits almost equal to this amount in 2021.

Its chairman, Darren Wood, praised the “accurate investments” made by the group at the height of the crisis and reducing costs, and in any case, he is not willing to invest as much as he expected before the outbreak of the epidemic.

However, all this does not reassure consumers who suffer from a decline in their purchasing power as a result of the sharp rise in energy prices, and they harshly criticize the wealth reaped by the oil groups who are called on the other hand to adopt environmentally friendly practices.

Eager to pre-empt any controversy, Total Energy announced, on the eve of the release of its financial results, the reduction of prices at its gas stations in rural French regions, and the granting of a “gas check” worth 100 euros to its customers who face precarious financial conditions.

However, this did not prevent environmental candidate Yannick Gadeau from denouncing the profits made “at the expense of the French and the French”, while “the increase in gas and gasoline bills reflects profits for shareholders,” according to “Media”.

In the UK, the financial results of BP and Shell are raising calls for an exceptional tax.

This week, the environmental organization Greenpeace considered that “these profits are a slap to millions of people who fear the next energy bill they will receive,” noting that “BP and Shell are getting paid billions thanks to the gas price crisis…and these same companies are responsible for pushing our world closer to environmental disaster.” .

Nevertheless, OPEC is betting more than ever on the rise in global demand again in 2022 and the return of consumption to the record level recorded in 2019 before collapsing on the impact of the health crisis.

In parallel, it is expected that oil prices will continue to rise, according to Beran, who believes that the possibility of the price of a barrel returning to a hundred dollars is quite possible this year.

Summing up the situation, Moaz Al-Ajmi said, “The health crisis appears to be at its end, and the economic recovery in China, the United States and Europe does not show signs of decline, and supply is still limited in light of the lack of oil investments in the past two years and environmental pressure, and therefore yes, the rise in profits of major companies may continue in 2022.” “.

Vuk Mob revealed how he felt after “Zadruga”, so he told what he was arguing with his fiance about

A Gendarme killed in an attack on the Ivorian border

I will love my baby for the rest of my life, no one can forbid me to do that

Ivana Nadal looked sensual in underwear after her cosmetic surgery