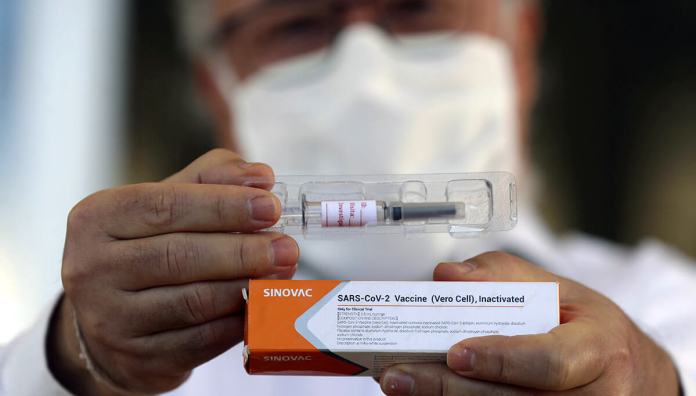 Chilean President Sebastian Pinera on Thursday received a shipment of nearly two million doses of the vaccine developed by Chinese pharmaceutical company Sinovac Biotech as the South American country prepares for a mass vaccination campaign against the new coronavirus.

He was accompanied by Minister of Health Enrique Paris, the director of the Millennium Institute in Immunology and Immunotherapy (IMII), Alexis Kalergis, where the drug is being tested in Chile, and the charge d’affaires of the Chinese Embassy. in Chile, Zhou Yi, among others.

The vaccine doses, which were stored and shipped at a temperature between 2 and 8 degrees Celsius to keep them in perfect condition, were immediately unloaded from a LATAM Boeing 787-9.

Mr. Pinera noted that the Ministry of Health had deemed Sinovac’s CoronaVac vaccine “safe and effective” to immunize all people over 18 years of age. On January 20, the Chilean Institute of Public Health (ISP) authorized the emergency use of the Sinovac vaccine.

Another shipment is due to arrive on January 31, bringing nearly two million additional doses of CoronaVac that will be used for the vaccination campaign, the Chilean president added. He said he and his Minister of Health would be injected with the Sinovac vaccine, “probably” in the second week of February.

The doctor has applied for the Miss BumBum pageant, no one...

Until yesterday, everyone in Croatia laughed at Aleksandra Prijovic, and today...